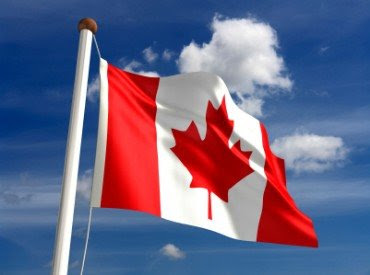 OK...so I cut and pasted that above line of the Canadian National Anthem because I don't speak French...heck, I barely speak my English "good". LOL But I DO speak Canadian...hehe (or is that "eh eh"?)

Yes, I DID go on another border smuggling adventure this past weekend to visit the United States' lovely neighbor up North. And I am certain by even POSTING this admittance, I will now be on the USA terror watch list (puleeze, my fun-loving American "govmet"...I'm 44 years old, fat, and listless...I can barely pack Purdy's candy across the line, let alone plans for a "Nuk LEE er" attack!).

My partner in crime, Tina, and I try to make it to the beautiful city of Vancouver, B.C., at least once a year for good food, some shopping, and the "Canadian experience". This year's adventure turned out to be almost as fun as last year. We were greeted at the border by a Canadian Customs Official, who asked us the typical "before you enter Canada" questions, except he threw in a NEW ONE, which threw me for a loop.

"Are you meeting anyone in Canada today?"

Now, those of you who know me understand that I am both VERY concrete AND a jokester...these are lethal combinations when dealing with high-ranking officials (like police, politicians, the garbage man, etc.). I immediately flew into a panic by this question. I mean, OF COURSE, we'd be "meeting someone" while in Canada...it's hard to shop or dine WITHOUT meeting someone like store clerks or wait staff...what could this "high-ranking official" be fishing for?

Then it dawned on me perhaps he might have suggestions for WHOM to meet while in Canada for the day? I mean, both Tina and I are single...maybe he had some "friends" he thought we SHOULD meet since I'm certain he recognized two, extremely hot(flashed), older women in the car! I hesitated to pursue this angle just IN CASE I was misinterpreting the line...LOL

I wondered if answering his question WITH a question might be the best approach to gain access to his fine, northern country? Something like, "Do you have any suggestions WHO we might WANT to meet while in Canada?" crossed my mind. But, being the terminally frightened of authority figures person I am, I eventually just opted to reply with a flat "No", in response. I'm certain now my response closed a door to what could have been a VERY interesting Canadian experience (filled with a car search and maybe even an anal probe, no doubt!). We passed across the border without fanfare or notice, except for the downloaded rock and roll version I have of the Canadian National Anthem blaring on the car stereo.

It is amazing the difference one can find in people just by crossing an imaginary line drawn between two countries. MY experience of the Canadian people has always been very positive...Canadians are SOOOO polite compared to my American comrades and Canadians have way cooler money than the cruddy dollar bills that usually bless my hands. I mean, THEY have a "LOONIE" instead of a dollar for gawd's sake!!! How cool is that? Especially for someone like ME who works in psychiatry...

When I am in Canada, I don't have to worry that one out of every 3-4 people I meet on the street "might" be carrying a handgun as is in the United States...since there are only 30 guns per 100 people in Canada versus 90 GUNS PER 100 PEOPLE IN THE USA (making the USA the most armed country in the world). Oh sure, I know the Canadians have their fair share of crimes, but I don't hold that against them. They are just TOO DARNED POLITE to hold any contempt toward...well, except for the recent riot and the bus beheading...but OTHERWISE, I stand firm on my loyalty to the Canadian population and their manners!

Even with Great Britain's influence, the Canadians STILL chose to drive on the "right" side of the road...this is a definite plus when visiting the country. LOL And they post EVERYTHING in English and in French...just in case I might decide to LEARN French (or English, for that matter), I can count on my friends to the North providing me with ample opportunity. They prefer vinegar on their "chips" versus ketchup (which I think is REALLY a bit odd to call French fries "chips" in a French-speaking/bilingual country, but who am I to point a finger...). And best of all, the Canadians are still LIKED by most countries around the world (unlike my citizenship nation). Why? BECAUSE THEY ARE SO DAYUMED POLITE!!!!

So, hats off to my dear peeps in the Northern Frontier...you are a delightful group! And I hope you will STILL allow me access to your country once a year...even AFTER reading this post... :-)
Posted by BRAINCHEESE at 11:22 AM

Oh, I'm so glad that you made it back home safely, especially after last year's Cuban adventure. :)

I love Canadians too but don't forget the pig farmer who..... ick!

I love that Canada!

I wouldn't allow you in the back of my truck after reading that one!Talk about playing with Fire, ya little Cheese Splat. Hasn't it penetrated your dense grey space that there are some words, either spoken or written, that it's best not to jest about these days.

they say that Canada is America's attic , every time we go up we are surprised "holly crap , i didn't know we had all this stuff up here"!
Chuckle :)

I was literally laughing out loud at this post, Linda. And being a resident of the "attic" makes it that much funnier.

By the way, you're welcome here any time.

I was never overly fond of Canadians until I discovered the music group 'Corb Lund and the Hurtin Albertins'! Sexy, soulful, charitable, country & western, funny, sexy, etc. Fine ambassadors for their native country.

When you said you were tempted to answer the question with a question I was reminded of the brilliant bit on "that 70's show" where Leo (Tommy Chang) and a group of teenagers are detained by the Canadian customs folks. Or were they Mounties?

Of course so many government questions really are begging to be answered with another question - at best.

You haven't lived until you have been to Quebec City and Montreal--although I have never been to Europe, I feel those 2 cities have given me the same feeling...take a flight over and visit Shauna and me sometime. I hear there is a lovely tulip festival somewhere in Canada also. 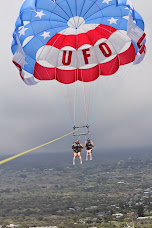